The Dhauligiri Shanti Stupa, also known as The Peace Pagoda, is less than 10 kms from Bhubaneswar. 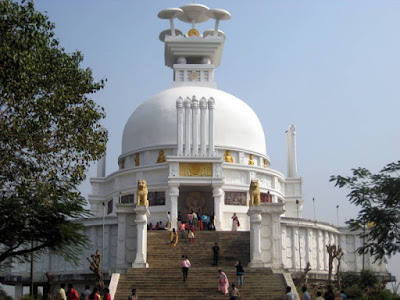 It was here at Dhauli by the side of Daya River that emperor Ashok laid down the weapons of violence and accepted a life of Ahimsa in the form of Buddhism after the Kalinga war. This stupa as selected by Fujii guruji is a symbol of peace for the future generation to come. 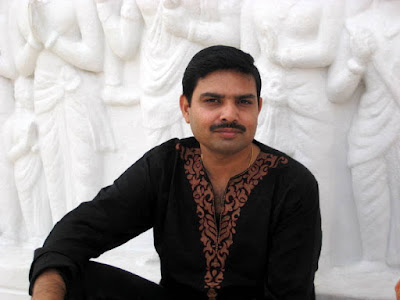 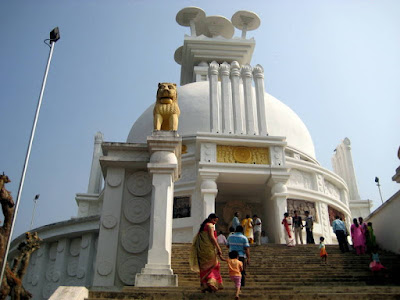 Dhauligiri is a pilgrimage site for Buddhists. It is said to have been blessed by all those who have attained Buddhahood. It is closely associated with Padmasampa, who brought the great Buddhist liberation to Tibet. 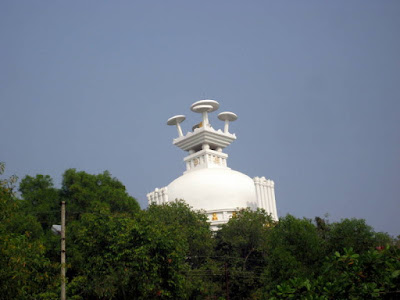 Dhauli hill has vast open space adjoining it, and has major Edicts of Ashoka engraved on a mass of rock, by the side of the road leading to the summit of the hill. Dhauli hill is presumed to be the area where Kalinga War was fought. 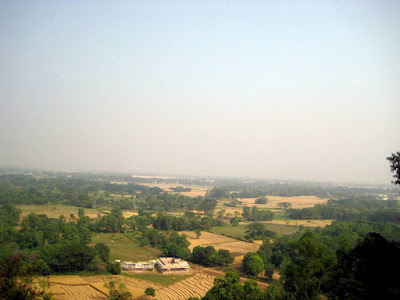 How many... how much